Around the country, Science for the People’s revitalized and growing chapters are organizing to represent a radical, political perspective at the second annual March for Science on Saturday, April 14, 2018.

To help SftP and those looking to join our mission engage with the March on a local and national level, we’ve compiled some materials you can print and share at the March.

1. LISTEN!
Introduce yourself, but focus on active listening more than talking.
Why is the person you’re speaking to at March for Science?
What are their interests and concerns?

2. RESPOND!
More than likely, some part of the conversation will resonate with your own interests or with something that SftP is concerned with. That’s the time when you should talk–to offer a perspective that complements or pushes forward what the other person is expressing.

3. KEEP TRACK!
Sign people up for something and give them a way to engage with you or the group in the future. Newsletter subscription is ideal; SftP is also on Twitter and Facebook.

PAMPHLET
Looking to recruit new members to your local chapter? Print out copies of the new Science for the People pamphlet, “The Dual Nature of Science,” to hand out at the March.
For print
For displaying online

You can also read the essay here. 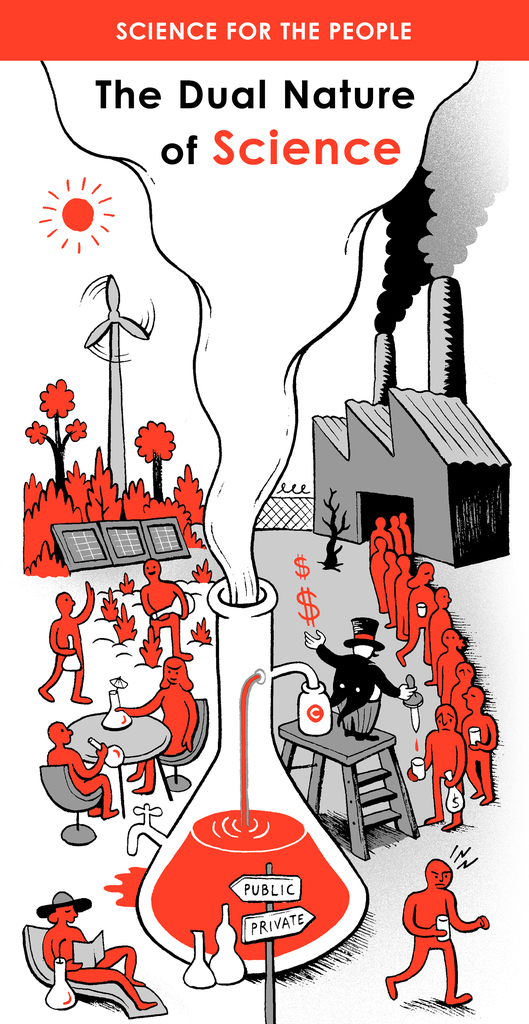 RESOLUTION
SftP members brought forward a resolution to frame Science for the People’s participation in the march.  Read it here.

NEWSLETTER SIGNUPS
Print and use this form to stay in touch with new contacts.

CHANTS
Need a rallying cry? Learn and share these chants!

CHAPTER REPORTS
Please share your chapter’s participation for the March for Science! Are you recruiting new members? Raising awareness of a certain issue? What do you think is crucial for SftP to organize around? Tell us your thoughts in this quick form.