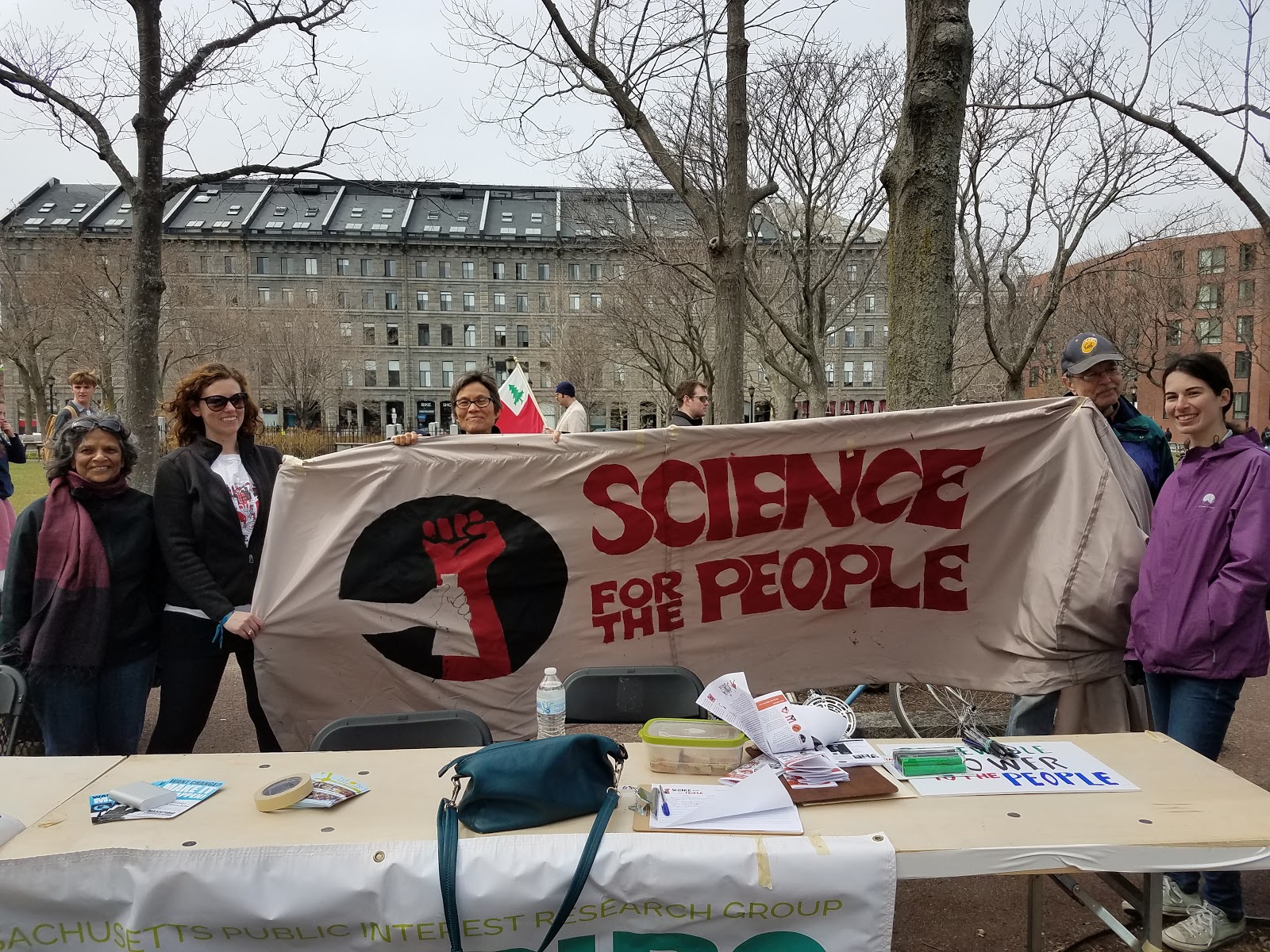 The Boston chapter of Science for the People has passed through several stages since the rebirth of the organization on a national level in 2014. Currently, with the incorporation of new members inspired by the national convention in Ann Arbor in February 2018 and by politically oriented science events in Boston, the chapter has more than a dozen active members and many more who occasionally participate in chapter meetings. Most of the active members are associated with five universities around the city as students, post-docs, or faculty and represent a range of disciplines, such as physics, mathematics, oceanic and atmospheric sciences, bioengineering, public health, history and philosophy of science, with a few journalists, editors, and others not affiliated with universities.

The chapter has been consolidating itself through now twice-a-month meetings that include presentations by members and/or discussions of readings. Topics have included biodeterminism (presented by Jonathan Beckwith, one of the original members of Science for the People), the ideology embedded in artificial intelligence, gender/race/caste in science, a chapter on Lysenkoism by Levins and Lewontin, ongoing efforts to increase private-sector involvement in the US space program, and the politics of geoengineering technologies to mitigate climate change.

Boston Science for the People seeks to raise awareness of the political nature of science and technology among academics, STEM workers, and the public. The chapter has raised the profile of Science for the People through organizing or participating in public events such as the 2018 March for Science in Boston, a panel on feminist science in action during the MIT Day of Action, separate events to promote the new books Science for the People: Documents from America’s Movement of Radical Scientists and The Truth is the Whole: Essays in Honor of Richard Levins, and a session on Science for the People at the Solidarity in Action teach-in at UMass-Boston. Possible future projects being considered by the chapter are to organize a public lecture/discussion series at diverse venues around the city and to take responsibility for writing/editing an issue of the new Science for the People magazine.