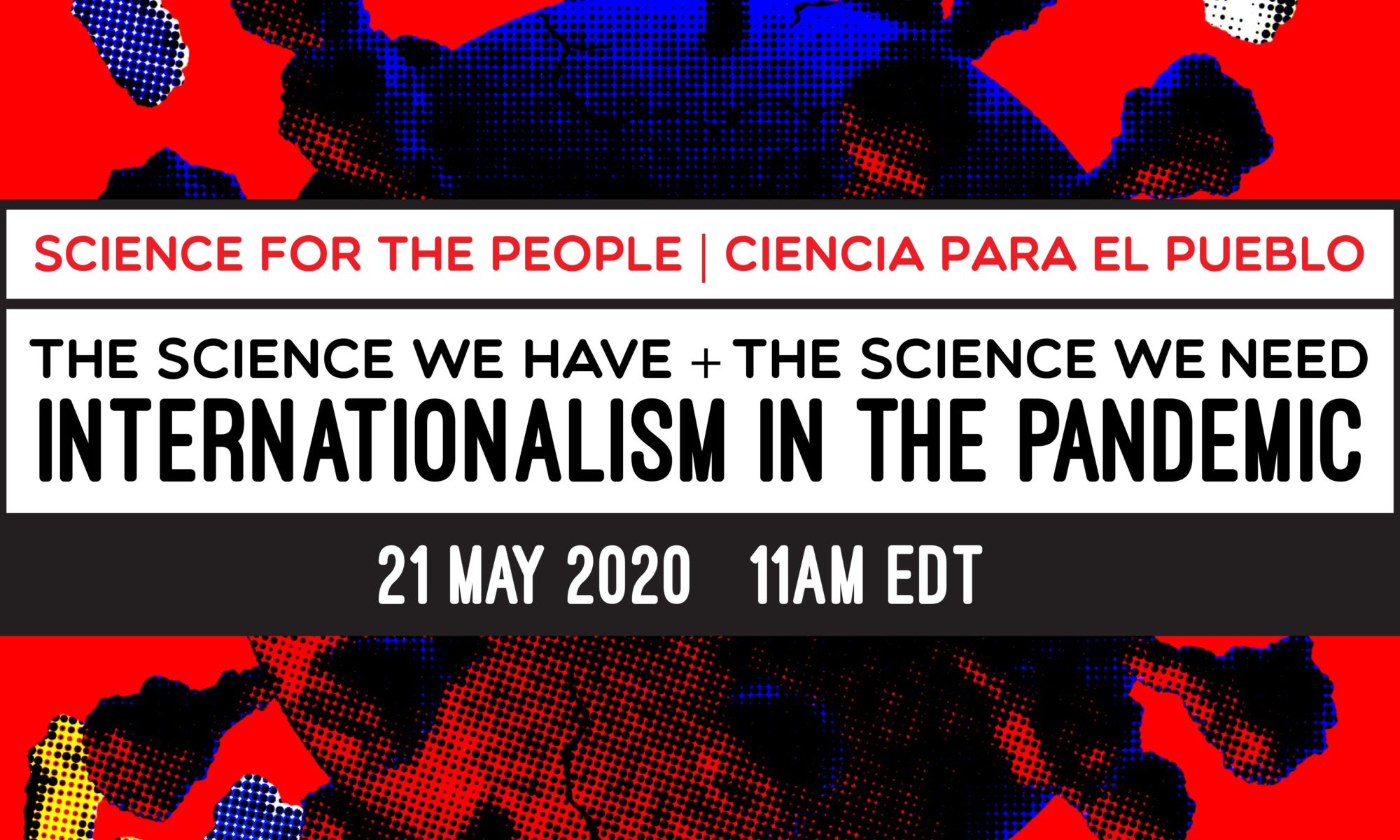 On Thursday, May 21st, we will be co-hosting a webinar on internationalism in the pandemic with our compañerxs from Ciencia para el Pueblo. Far from a secondary issue, internationalism is the reason Science for the People was born. Back then, scientists organized against the use of their labor for oppressive ends during the Vietnam War.

Today, Covid19 is magnifiying structural violences and inequalities across borders. It is urgent that we reflect on radical science history, international struggle, and avenues for solidarity. “The Science We Have + The Science We Need: Internationalism in the Pandemic” aims to do just that.

REGISTER FOR THE WEBINAR 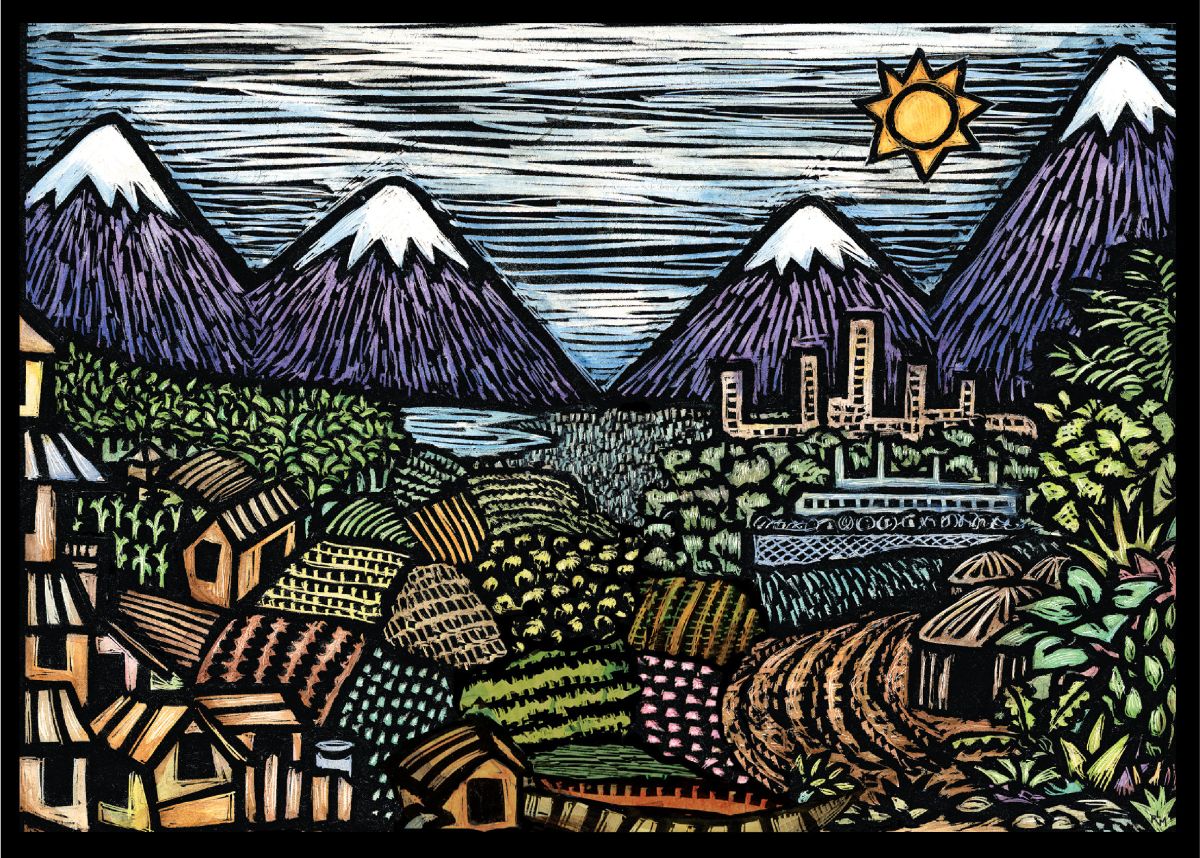 The webinar will be covering the following three issues:

(1) The Science We Have: an analysis of the dominant structures, institutions, and paradigms that contribute to austerity and the misuse of science for oppressive ends, and how the resulting power dynamics limit a humane and transformative response to the ongoing crisis in the context of Covid19.

(2) The Science We Need: rooted in the specificities of regional contexts, possible avenues towards the transformation of “science as a whole” in the interests of justice and human need. How might have a transformed terrain of science rooted in justice have responded to a pandemic like Covid19?

(3) On-the-Ground Organizing: How do we transition from the science we have to the one we need? What can we learn from historic and ongoing struggles in the sciences and across borders? What is the role of knowledge production, application, and distribution in this process? Prior to and during Covid19, what on-the-ground political activities were and are taking place across local and regional contexts? 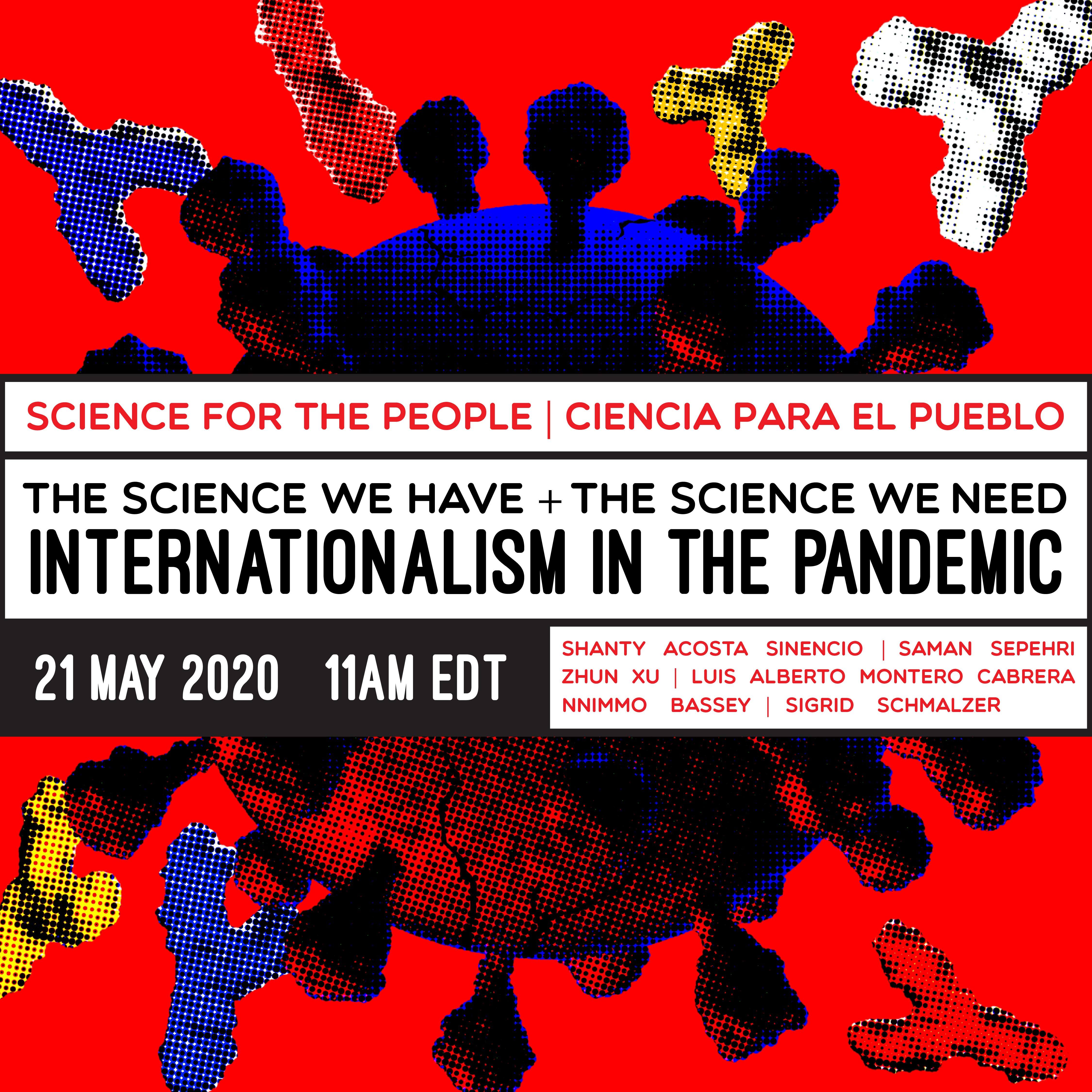